Learning to be productive with a distributed team or company is one of the biggest hurdles to overcome with 'working from x'. Everyone has their ways of maintaining a high productivity level, but they all rely on these basics. It all comes down to maintaining and separating self-management and team-management.

Separate team and self

Use the GTD methodology or something similar

Getting Things Done by David Allen is a way of maintaining personal productivity. You can read more about it on their site. It comes down to the basics of:

For maintaining productivity with your team and not becoming overwhelmed, the emphasis is placed on #1 to #3. The basics of GTD still apply in that you capture everything down immediately, and process later. For both personal and team tasks, put them into a pool of things as soon as possible, then elaborate and sort them later in the day.

Learn to organize and delegate

By doing this, you skip wasting time on trying to do #1-5 simultaneously while also delegating them to your team. When you finally sit down to organize your tasks, this is time where you can remove it from your personal list (I use Things): 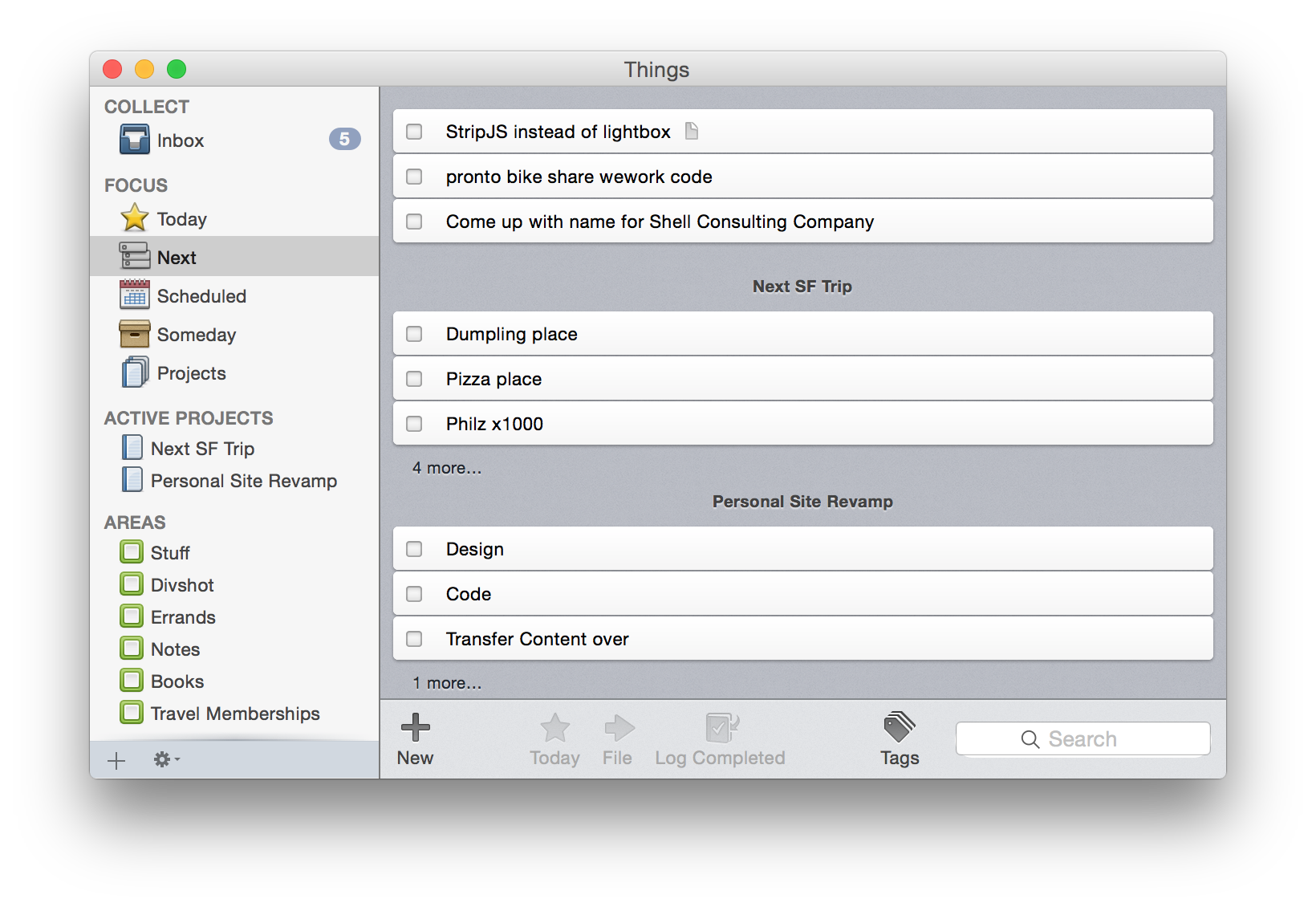 Personally I settled on Things because it works well with my Mac and iOS workflow. It isn't available and any other platform. But there are other things out there. You can use the included Reminders app or task-list in Outlook, but they simply won't cut it when you start to really get into GTD. 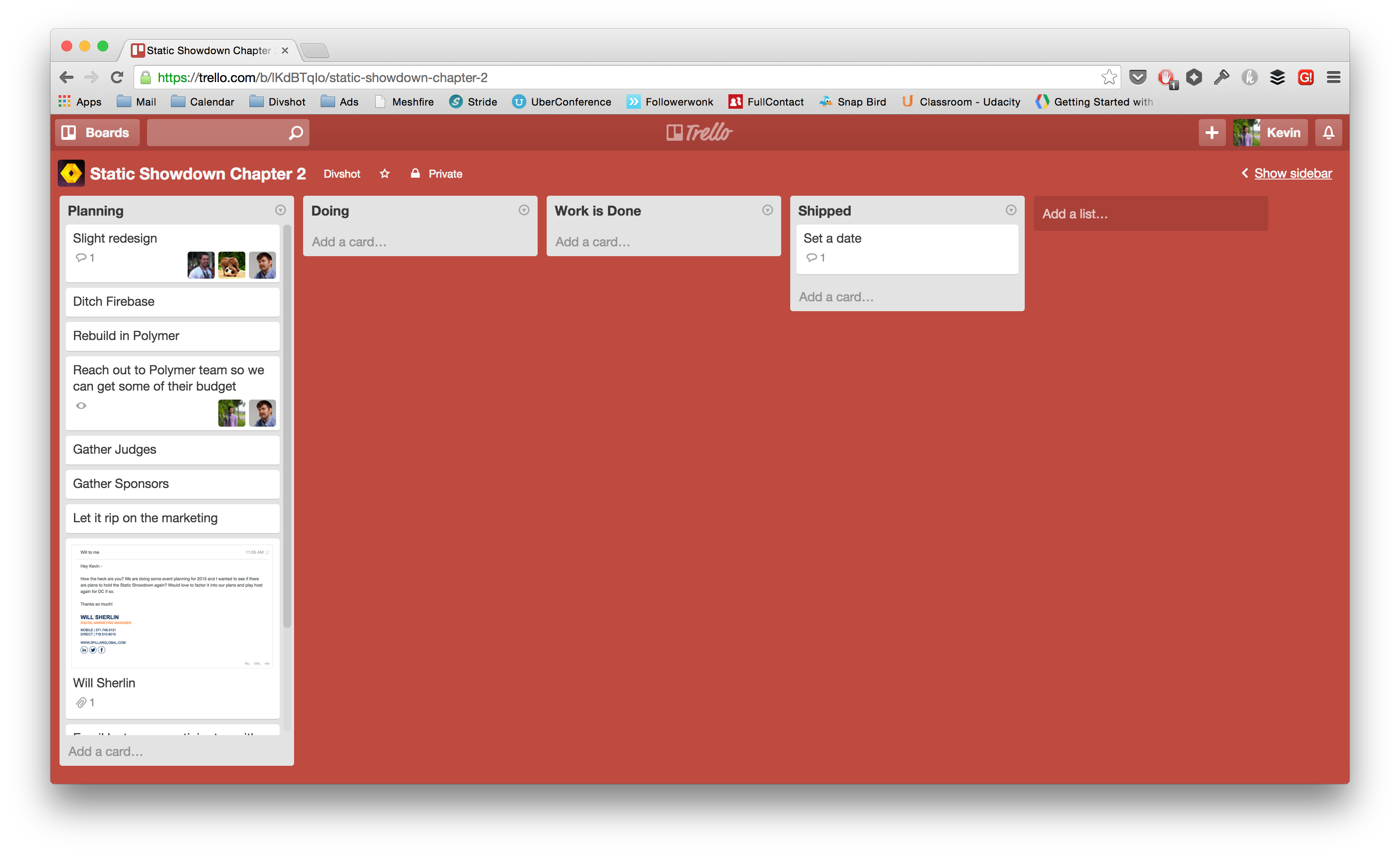 As a team, we settled on Trello due to it's ease of use and it's infinite customizability. We used Sprint.ly in the past. We also try a few new tools on a regular basis.

Email is the antihero of remote productivity

We, Divshot, very sparingly use email for team stuff. VERY sparingly. We do most of our discussions inside Flowdock and leave email to the most official of official announcements.

It is not the volume of email that kills productivity, but it's the constant reminder that you have 50 or 100 plus emails waiting to be answered. So if you are able to reduce that amount of email by not having your primary team communication channel as email, it's better. However, communicating with people outside of your company does require email, so follow along below:

I preach Inbox 0, it gives you that clean feeling when you see nothing in your inbox. Apps like Mailbox make it easy by letting you 'snooze' certain email threads. If you don't want to deal with something right then and there, snooze it.

This is state that my Inbox is in 99% of the time, across all of my accounts: 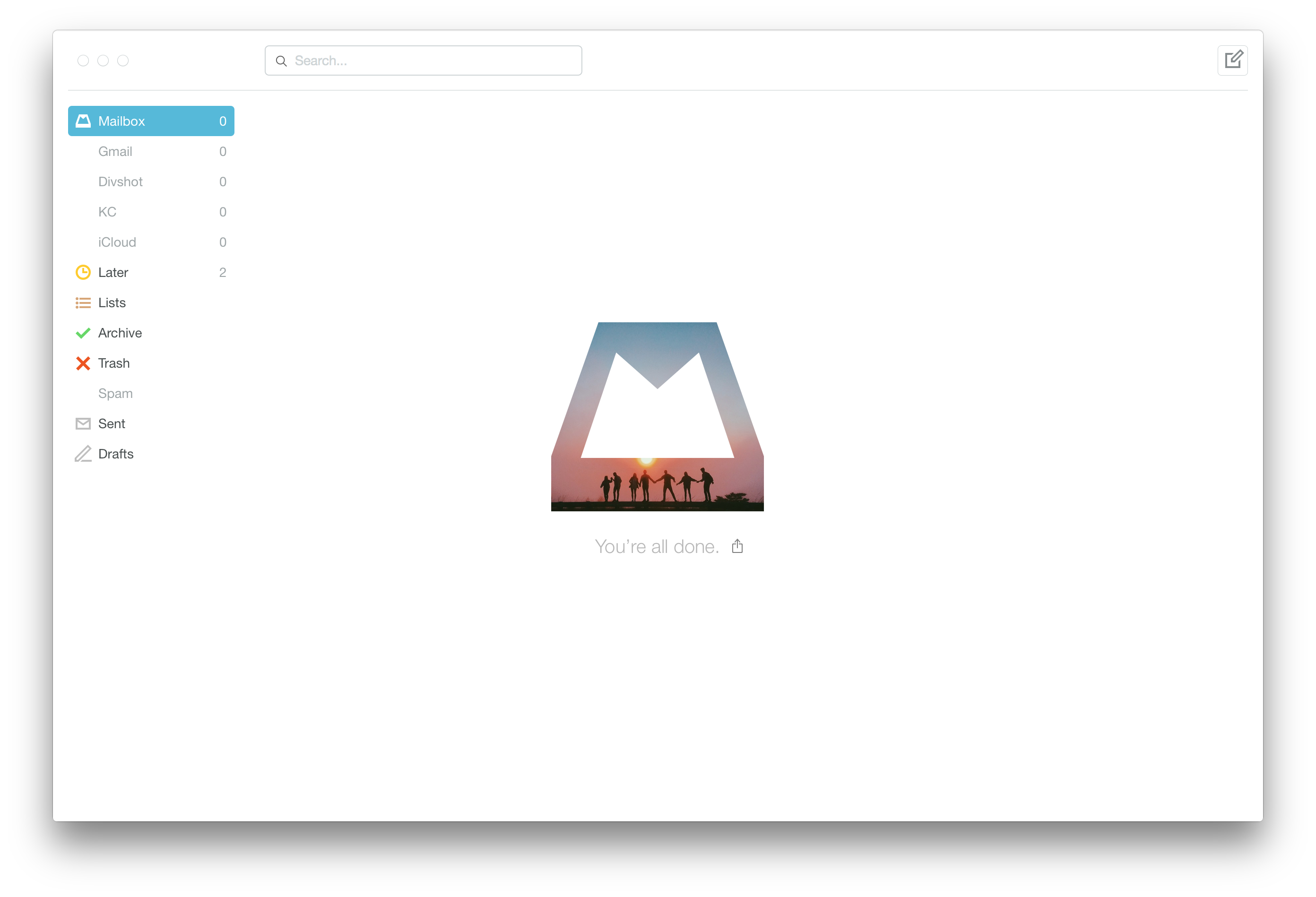 Needless to say, when I talk to people who don't practice Inbox 0 and they have a thousand plus emails in their inbox, I feel for them. Being in a constant Inbox 0 has a calming effect on your demeanor as well.

I don't use a CRM

Honestly - if you are the only person working on closing deals and such, you don't need a CRM. Jonathan Kim has created an awesome Gmail script that automatically tags and finds emails that haven't been replied to in a range of days after they have been sent.

It has changed the way I do email, forever. I used to use stuff like Streak and Boomerang, the latter costing money for Google Apps for Business customers. And they were still not as automatic and streamlined as a simple script. 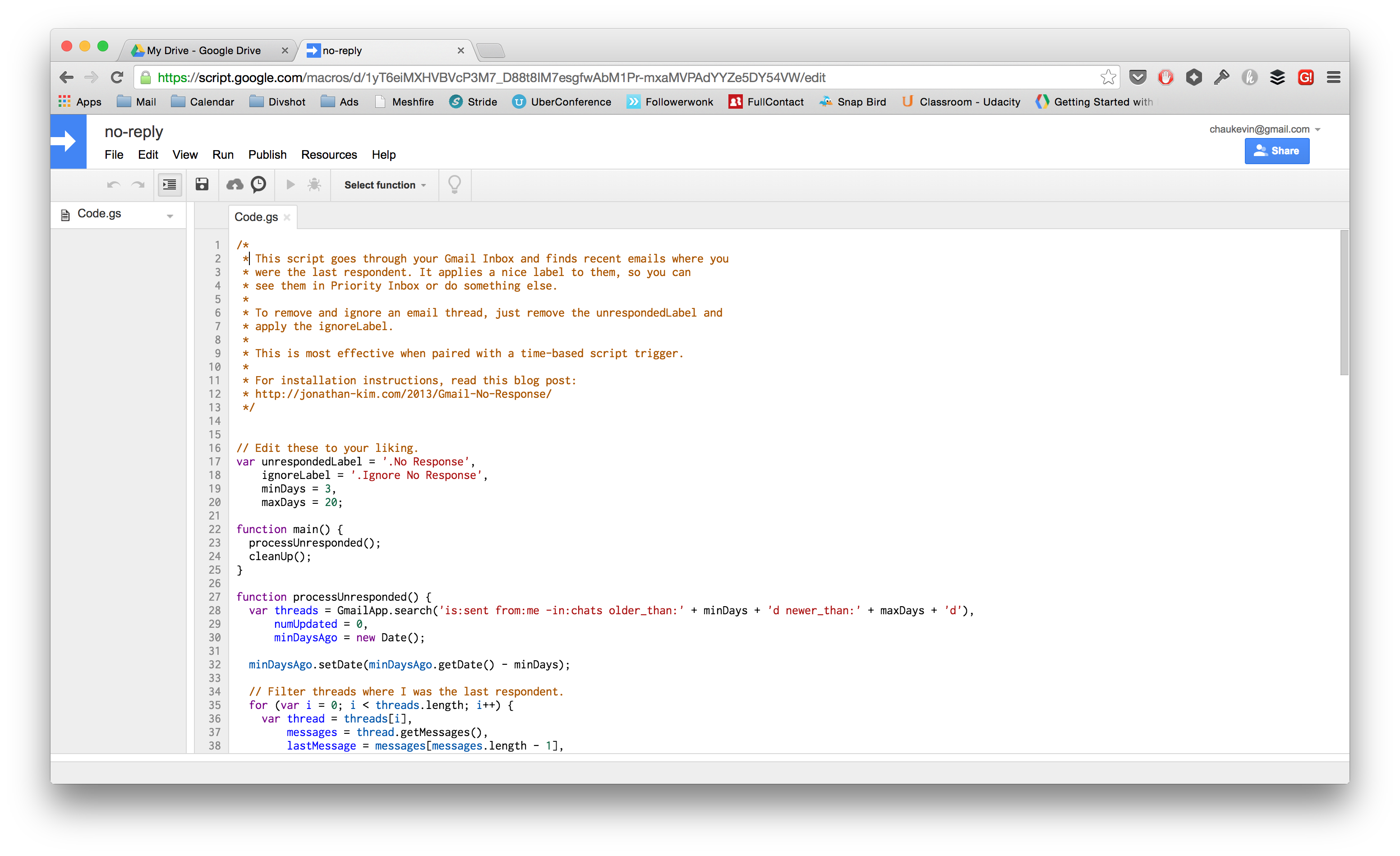 There's no going back. This is something you must try.

The biggest killer of productivity is worry. When you stress over things that are out of your control - your output plummets.

So, learn to recognize what you have control over, and don't stress out about the things you can't change at that very moment. Practice sticking with your plan, and you'll see both your team and personal productivity increase steadily. The Future of the Web (According to Goo...
Building a Q&A System With Polymer and ...