Imagining the Immediate Future of Computing

The future of computing is in the web, the cloud, whatever you want to call it. It still lives on your desk, wrist, hand, pocket, wherever. To the user it will be more or less the same as it is now.

Our digital lives are progressing at a faster rate than technology itself.

Truly the Internet of Things

Our digital lives are progressing at a faster rate than technology itself. Just this year, Canon will be releasing 50MP DSLRs that are accessible to you and I. Panasonic already has 4K recording capabilities that are accessible to the normal consumer. We're already able to stream 4k from YouTube and Vimeo even though a very small subset of devices out there can display it.

Our digital footprint will outpace the current growth rate of technology in a matter of years. This is the consequence of having iPhones in every pocket.

In our current computing state, all of the heavy processing occurs on your local machine. You need fast processors, lots of RAM, overall lots of computing power. Games are rendered locally, photos are stored in a powered box you have on your desk, videos take up the space of multiple photo boxes.

When you edit a video, your local computer draws a lot of power (probably coal generated), creates a lot of heat, lots of noise, and if you have an older computer, takes up a lot of your time, or it won't work at all for newer formats.

Where We Could Be

Right now we have an ecosystem of devices and services. Take Adobe products for example. What if you could use a basic internet device to process your photos, videos, and other media. It could be the most basic of devices. It doesn't need to have a powerful processor, it doesn't need powerful graphics. All it needs is a big battery, and some sort of internet connectivity.

In the near-future, an app like Lightroom will be nothing but a front-end on your computer. All of your photos will be stored in a cloud service built on services like AWS Glacier, the Lightroom develop module will be nothing more but a set of APIs hitting a VPS box which does all the heavy computing work to process digital photos. Your preview image in Lightroom will only be a live-updating picture from the cloud. 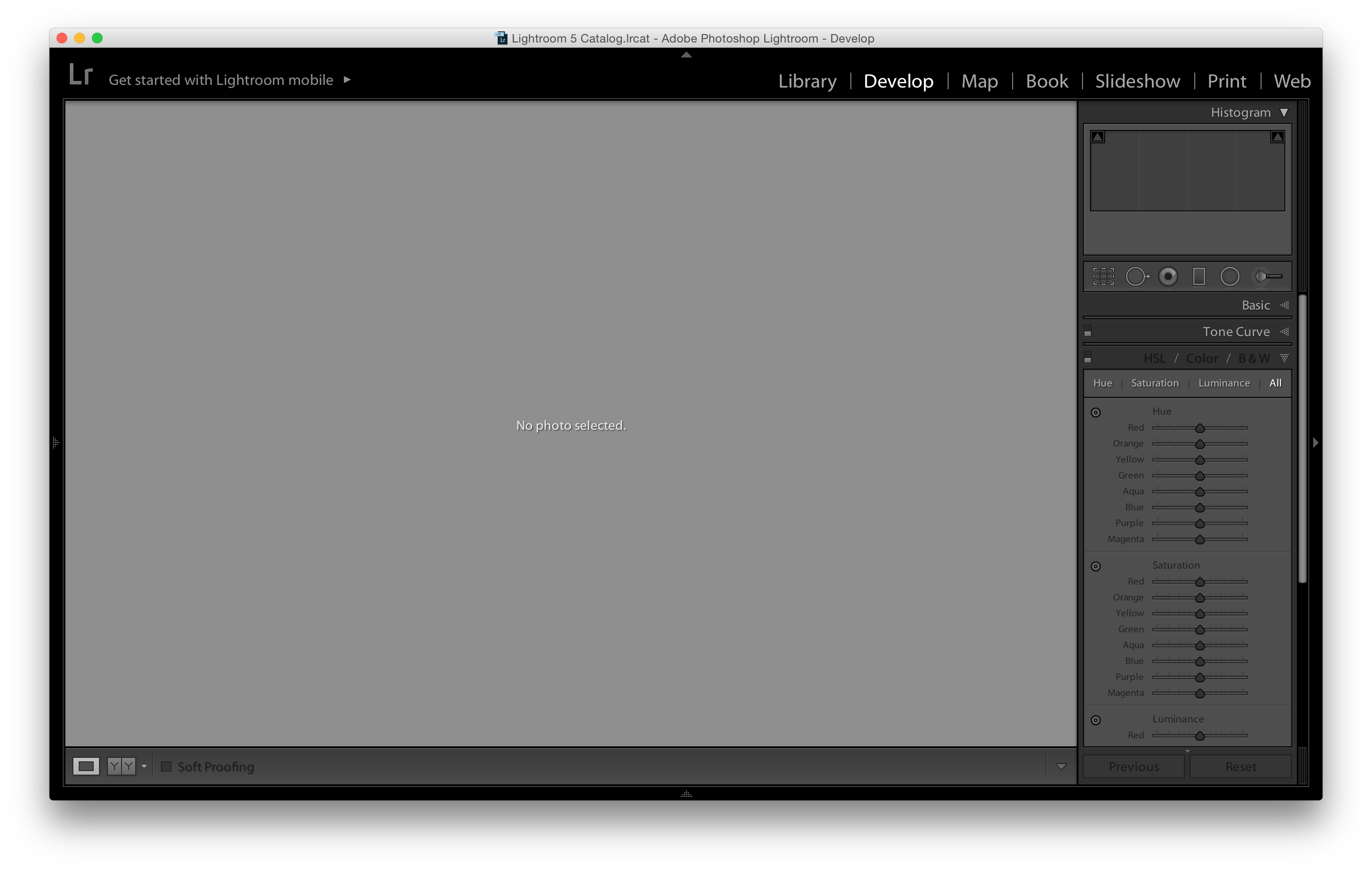 The same can be said for video editing - we can already stream 5K videos!

In a way, Adobe is already doing this with Photoshop: Essentially it is a web-based remote desktop client. However, the future would be different. Instead of streaming the whole experience. The interface and interactions are all local - all of the data processing would happen behind the scenes in the cloud - returning only the end result of your actions. With a fast enough connection - this is entirely possible.

It isn't dissimilar to Photoshop streaming - just instead of streaming the whole desktop interface, you're streaming just the image.

Just think, Google Docs but for everything that isn't in the cloud already.

The future of computing is not unlike the current architecture of web apps. You have a front-end; data and content are requested by your browser separately from the interface. Services like 6px.io are the beginning of this movement for the remaining stragglers.

You could even do this for games. OnLive is already doing this. In its current state, lag is manageable for casual gamers, it's no worse than streaming your iPhone game to your AppleTV.

Theoretically, you could beam data across the country in 14ms. But it doesn't have to be like that. The same architecture we use to serve static content faster to people around the world, CDNs, that same network can be expanded to host these VPS boxes that process your information and stream visuals back to you. Instead of being dominantly one-way, it can be bidirectional.

Just remember, it takes about 200ms on average for you to respond to visual stimuli. That's slow compared to our current latency of gaming today - which can be as fast as 15ms to nearby servers.

Imagine carrying around an iPad sized device, that's more powerful than the current computer sitting on your desk. You won't be able to notice the difference. Everywhere you would normally go you'll have access to your remote server that's doing all of the storage and computing for you. It's managed by reputable companies. Your digital life is kept safe from traditional home break-ins, you can even have it mirrored and backed up to keep safe against natural disasters. This all happens seamlessly.

You'll pay a subscription to your Adobe products - just like you do with Creative Cloud, but instead of just downloading the apps, you'll just have the interface, and Adobe runs the cloud server that streams you info. For games it will be companies like OnLive 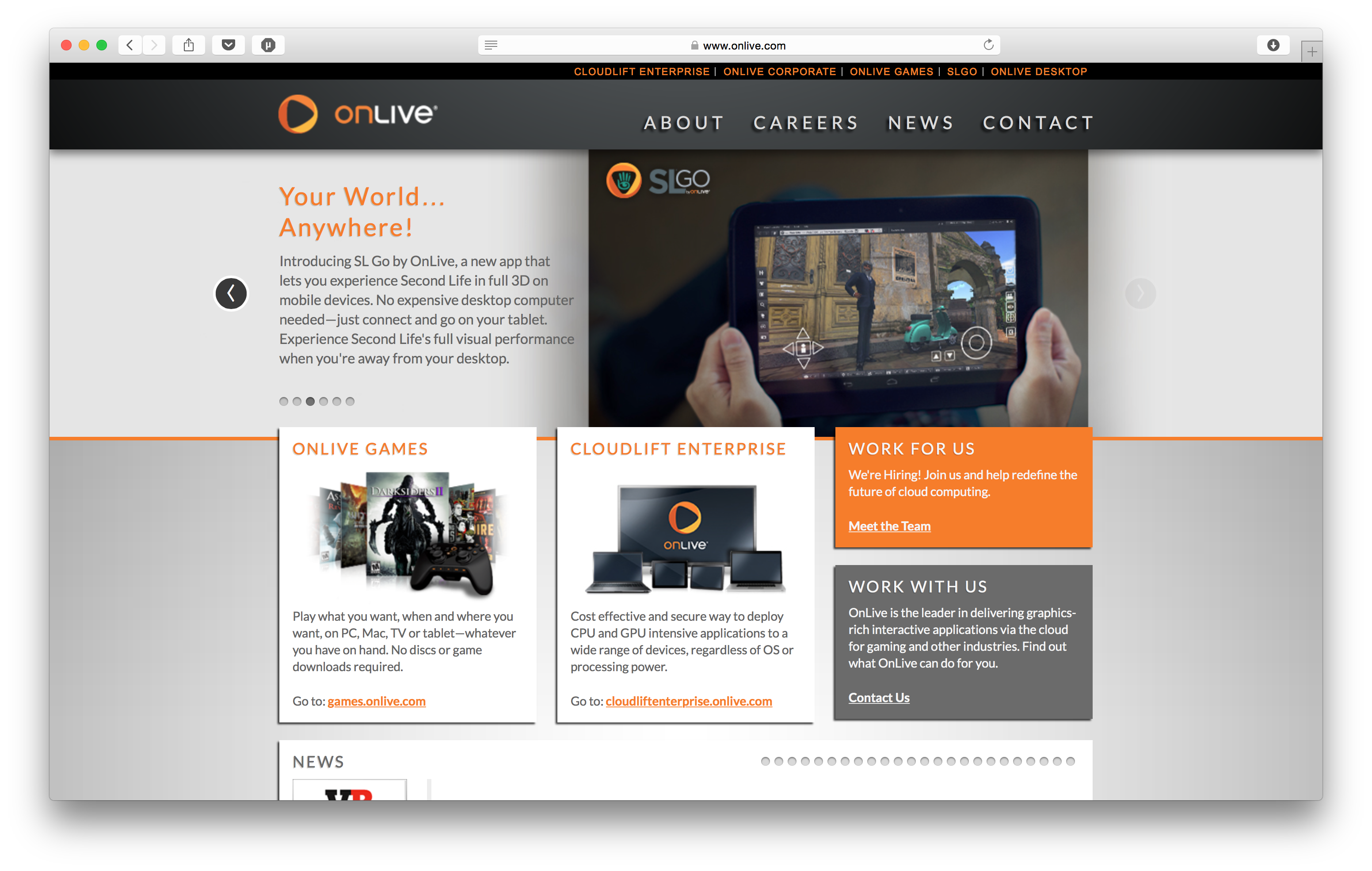 You'll still have an app icon on your screen, it all happens like magic.

The only thing stopping us from having this today are companies like Comcast, Verizon, and Time Warner. In order for us to have this computing future, we need Gigabit to be the standard. We need internet to be affordable to everyone. Companies like Apple and Google are not the roadblocks to this future, it's the pipe streaming you information from the internet today.

It's too small, and too slow.